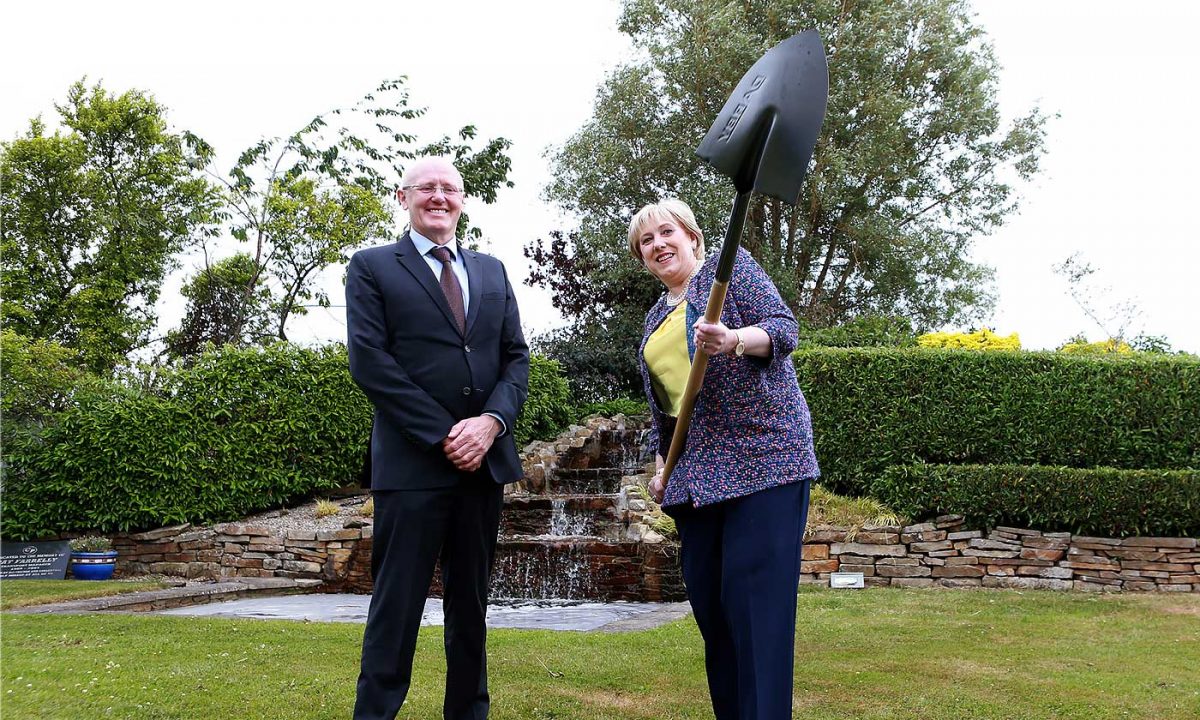 Posted on in
News

The new multi-million-litre, purpose-built plant will be set on a 47.5-acre site and will be the first of its type in Europe. Additionally, the process itself is innovative and efficient, using minimal energy and recovering any waste energy to be reused within the facility. College Group currently operates two plants – at Monery, County Cavan and Nobber, County Meath.

College Group has invested five years of R&D in developing new methods for the production process of biofuel, some of which are being used for the first time in the industry. In particular, a fractional distillation system will be employed to ensure that the biofuel produced will be of the highest quality and free from environmental contaminants. Speaking at the sod-turning event, Minister Heather Humphreys said:

Supporting job creation in the regions is a priority for the Government and the investment in this new biofuel facility producing a higher grade biodiesel product is a hugely positive development for Nobber and the surrounding area. The company’s long-term commitment to the locality will result in the creation of 25 new jobs and will provide a boost to other local businesses and the wider region. Successful investment in R&D has resulted in innovative production methods, which supports the company’s global ambition, giving it the edge in international markets.

John Gilroy, Chief Executive of College Group, said that the plant will assist Ireland in reducing its carbon emissions and meeting its EU targets for 2020.

This plant will allow us to help Ireland achieve and exceed European requirements for renewable energy. We will take waste products including used cooking oil and animal fat and produce clean, green, sustainable fuel. The renewable fuels produced are part of the strategy for combatting climate change.

Using biofuel produced from animal fat, a renewable product, will result in an 85% lower greenhouse gas emission compared with the traditional fossil diesel. Individually and collectively, we all have a responsibility to improve our carbon footprint and this carbon-neutral fuel is critical in helping us to achieve that. Additionally, it will help Ireland to avoid the imposition of substantial penalties by the EU.

Under NORA, each member state must ensure that the renewable energy share in all forms of transport is at least 10% of the final consumption by 2020. In Ireland in 2017, 226 million litres of renewable fuel were used, but Ireland only produced about 22 million litres. 240 million litres will be required to fulfil Ireland’s obligation for the 2020 deadline highlighting the significant shortfall in biofuel production that exists in Ireland.

John Gilroy believes that the new facility will put Ireland at the forefront of renewable energy production.

This facility leads the way for other biofuel companies in Europe and worldwide by implementing extensive process improvements, state-of-the-art engineering and energy efficiency measures as well as using artificial intelligence to monitor production and performance. Economically and environmentally, this new facility puts Ireland at the forefront of renewable energy production.

College Group’s commitment to innovation has been instrumental in the growth of the business over the last 29 years and this new investment in a biodiesel plant in Nobber, Co. Meath is the next step in the company’s business development. Supporting innovation is a key priority for Enterprise Ireland as a driver of export growth and we wish the team success as they continue to innovate, grow and scale internationally.

Many jobs will be created during the construction and commissioning of the plant with potential for 25 long-term job opportunities for graduates in chemical engineering, mechanical engineering, health and safety, and environmental as well as administration and financial roles. College Group believes that 50 indirect long-term jobs will be created in transport, support services and additional spin-off to the local community.

This is an opportunity for highly–skilled people from local and surrounding areas to find employment close to home in their rural communities. It will help achieve targets set out in the North East Action Plan for Jobs. Recruitment will commence in November 2018.

College Group upholds a strong ethos of employing local people and giving back to the community.